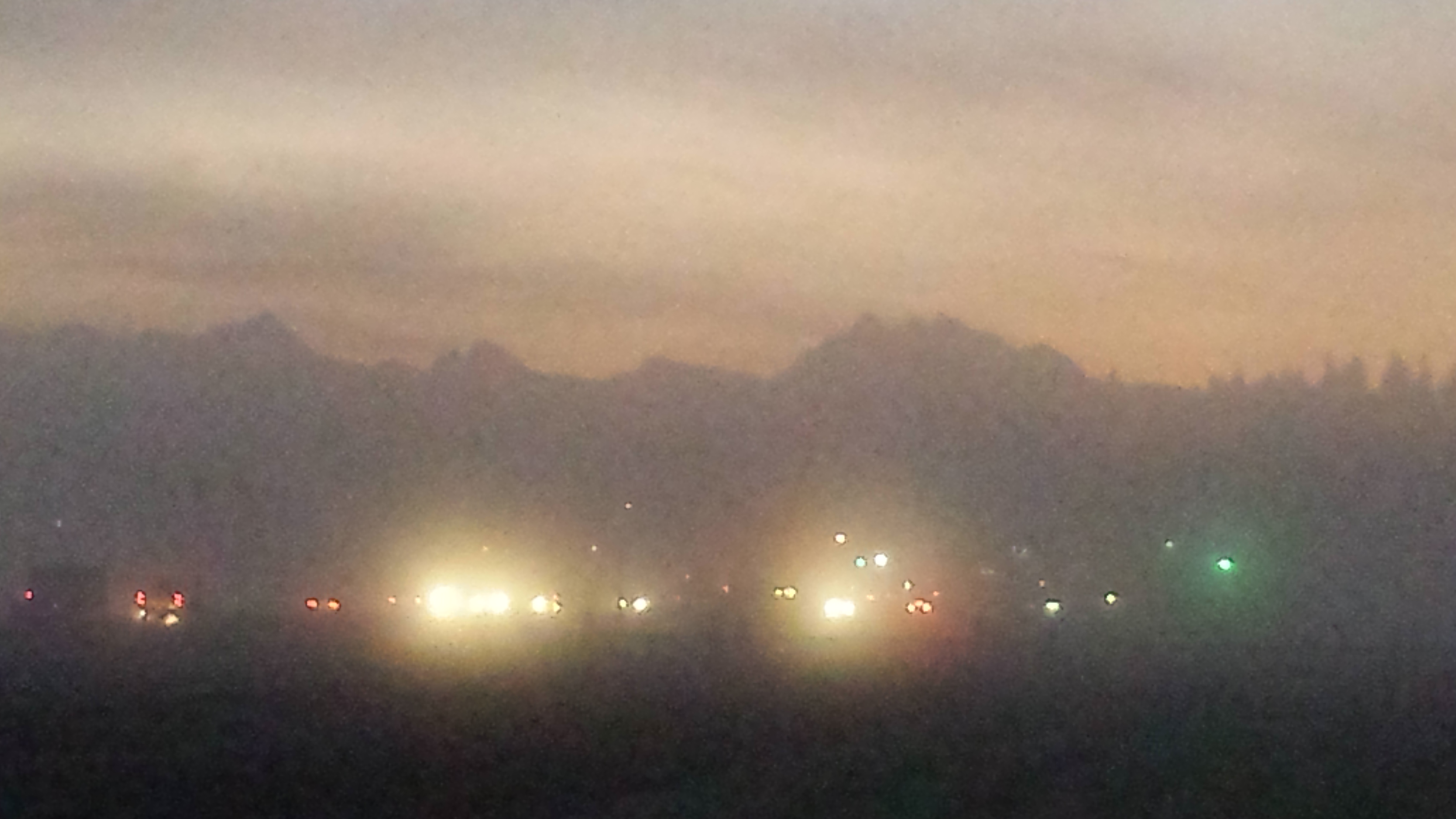 Every time I catch a glimpse of the mountains, either the Cascades or the Olympics or the most rare “Two-Mountain-Days” (when both Baker and Rainier are visible) I feel Ballagàrraidh.

I read a highly suspect comment under this video. Someone named “Harold” who, as a 16 year old, claims to have spent two weeks in the wilderness with nothing but a knife, had a “mystical bear encounter” and experienced the feeling of “home” for the only time in his life. I very much doubt Harold’s story for several reasons, not the least of which being that Harold doesn’t get Ballagàrraidh. In his story, he didn’t experience it. My contention is then, he could not have been alone in the wilderness, because Ballagàrraidh is un-avoidable.

I get it. “Ballagàrraidh” is a made-up word. But I’ll give you as much time as you need to come up with an example of a word that wasn’t made-up. All words are made-up…

I caught the above view this morning from the Smokey Point area. Three Fingers, Bullen and Whitehorse Mountains, looming in majesty, literally holding back the sun’s rays. I longed to be out there in that place where the sun is just kissing the ridgeline, where the cleanness of the air hurts as you suck it in, and you’re not sure if the world where other people live still exists. I watched the traffic scurry in and through the fog, drivers likely unaware of the glory that lies just beyond them to the East and I wondered if there was someone out there, wondering about us back here.

I felt that familiar longing to be inside the view I was taking in…knowing all along that to be there atop Three Fingers would mean becoming part of the view, and thereby unable to view it. Ballagàrraidh.

The beuaty and wonder of a Puget Sound view would be lost altogether if I had my wish to be inside it. Ballagàrraidh.

To become a part of the thing I long to be part of is to cause it to cease being that thing.

I don’t know if the author of the video had a theological point in mind as his conclusion, but if he did, and if I’m hearing it correctly, I’m not sure I agree with all of it. I understand it, but I think he may fall just short of the truth, but in perfect alignment with it.

Whatever the state of Creation before the Fall, we were perfectly suited for it. We fit and we knew it. We did not long for what was not ours because all things, save one, were ours. We bore The Image on our backs like a familiar, comfortable pack into the mountains, the forest, the sea and the deserts. We subdued, we cooperated, we stewarded and we worshiped, but we did not ask these questions. We never felt “Ballagàrraidh”. We had Peace because the Creation…with us INSIDE it… was cohesive and whole:

There was the Word, the only Word that was not made-up by man. And then there was everything else.

We long for the healing of ALL Creation, and our place in it.

We know that the whole creation has been [Ballagàrraidh] as in the pains of childbirth right up to the present time. Not only so, but we ourselves, who have the firstfruits of the Spirit, [Ballagàrraidh] inwardly as we wait eagerly for our adoption to sonship, the redemption of our bodies. For in this hope we were saved. But hope that is seen is no hope at all. Who hopes for what they already have? But if we hope for what we do not yet have, we wait for it patiently.