You might imagine that some days were particularly troublesome for the boy. Sometimes, on very rainy days when it seemed that the water was getting in everywhere and that nothing would ever be dry again, the boy wondered at the  very arrangement of his life. 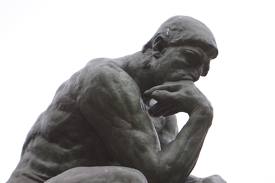 He thought, “Surely, there must be someone better suited to keep things dry in a rainy land! Someone who isn’t bothered at all by leaks and drips and creeping mildew. Someone from a desert land who, perhaps, likes the water; someone who appreciates it!”

This made a lot of sense to the boy. He continued thinking, “I’ll bet there is a boy very much like me, but who lives in a desert land…a boy who is afraid of the sun. Not the lovely glow of sunsets, or the warmth of the rising sun in the mornings, but the scorching sun that burns the skin and drives life back into the shadows to hide from it. Why couldn’t that boy live here, and I in his land? Surely each of us would be happier, free of fear..”

“I wonder if the desert boy is afraid of the sun because that’s where he is?” he pondered. “I wonder if I would be afraid too if I lived there?”

The boy’s mind continued down this path like the drops of water on the window, “I’ll bet that if the desert boy came here, he would learn to fear the water too. I’ll bet an imaginary boy from the North Pole fears the cold, but would learn to fear the sun. I’ll bet imaginary mountain boys who wish for wide open plains to run on would become afraid of the unstoppable winds. Imaginary river boys who wish to escape the constant roar of the white waters would learn to dread the silence of the deep forest.

Fear is the villain in my story,” he thought.

Not the sun, or the mountains or the sea.

It’s not water that is getting in everywhere.