I had intended to retrace my 2003 trip in the summer of 2013, but I had knee trouble which prevented it. Looking back now, it just wasn’t “the time” to do it. So this trip is a numerically lop-sided, 11th anniversary pilgrimage of a “first-of-it’s-kind” trip I took through the Olympic National Park. I followed the same route, camping in the same places with a only one exception.

I brought with me copies of “The Book of the Dun Cow” by Walter Wannegren (a last minute inspiration to re-read the book which introduced me to the concept of living monastically outside of a monastery), “No Man is an Island” by Thomas Merton, the Celtic Daily Prayer, a copy of my journal from the 2003 trip and the Bible. 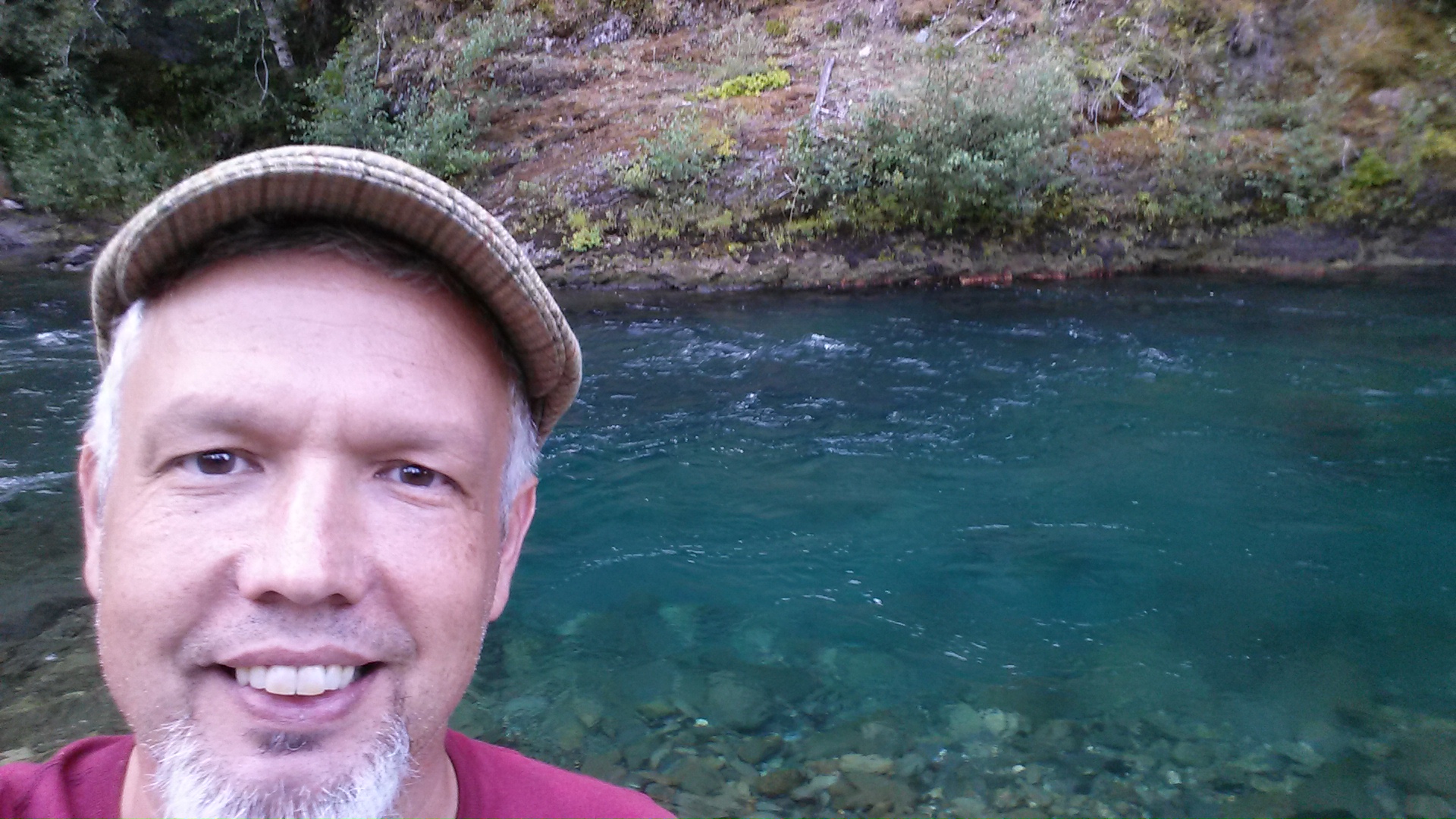 11 years later and I read familiar words. The fear. The shame. Feeling ridiculous. I feel like a faker. My “breakdown” hasn’t been like other trips, though. About 4 hours in something DOES hit me just like last time. This time, though, it had a quality of feeling “trapped”; committed to the next 6 days with NO alternatives. That feeling is incomplete, though. There is something beneath the feeling of “trapped”.

The fear of being alone, however, has nearly vanished. I didn’t realize that until I started writing just now.

When I say “breakdown” I refer to what has become for me a predictable, consistent experience when I first depart on these kinds of trips, eloquently described by Anne Morrow Lindbergh:

“It is a difficult lesson to learn today, to leave one’s friends and family and deliberately practice the art of solitude for an hour or a day or a week. For me, the break is most difficult…”

Rick and I spoke about journaling as we drove out here. He talked of how he had once written to himself as if he was 10 years in the future – a thought exercise in which he asked, “what would my future-self say to my present-self?

10 years later, he read that entry again – from the time his future self had supposedly spoken.

Rick said, “I realized that the guy from the future (whom I thought would be so much wiser and together) was really pretty much the same guy I was 10 years ago!”

I feel that to an extent. This anxiety is familiar – but it HAS changed. It’s less intense.

Certainly, relationships and circumstances have changed. I think I will populate a list of significant changes since the last time I sat here at Mary Falls on the first night of the trip and cried, back  in 2003. Though, even now, as I write – I know these tears are made of different stuff. Who knows, maybe I’ll be told what this “stuff” is before I’m done with this trip.

Changes: (in no particular order – just stream of consciousness)

Travelled to the U.K. twice

Traveled to N.Y. once

Brenda and I survived the “Shit Storm of ‘06”

B and A left

Had a band with Brenda and Jeff for 5 years

Hiked the desert alone for a week

Hiked the Pacific coast alone for a week

Hiked the North Cascades alone for a week

Embraced simplicity and monasticism as lifestyle

Lots of babies were born

I’m wearing reading glasses as I write this