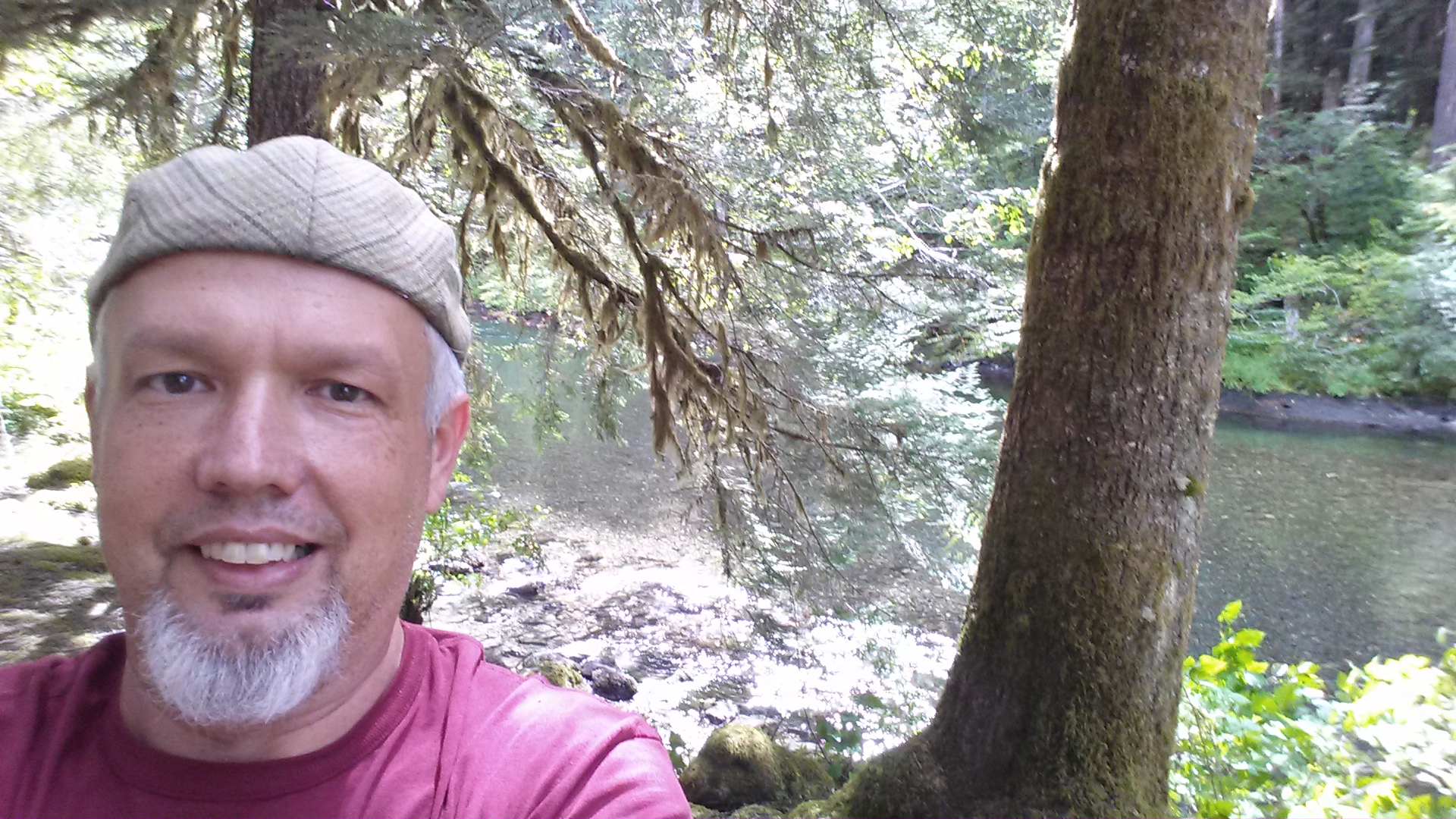 A teeny bit of rain last night. The tent fly is still wet from condensation, though beautiful morning weather.

Morning Office was “one of those times” : Deep and Wide. It struck at my center. It was an isolated, rarefied moment in time. I read a paragraph written from the perspective of Corman of Iona (7th the century Irish monk) who had returned, frustrated, from his mission to Northumbria, claiming that they were too “obstinate and ignorant”. Aidan (his more famous contemporary) said, “perhaps more gentleness is needed? Maybe your expectations were off.” And Aidan’s brothers responded, “Then YOU go!”

Am I Corman or Aidan? Is Corman’s role necessary for the “story” to be a story? Is he more than just a cautionary tale? But isn’t it a slippery slope from there to applauding Judas? A shorter slide than I would first think. Is there something in between “needing” Judas, Corman, George Castanza and the guy who married Tom Hanks ex-girlfriend while she thought he was dead (and really just marooned) and relegating them to villainy, obscurity and relativism? In other words – should I be accepting my role as Corman rather than trying to be Aidan? Can everyone be Aidan? We are all called to be like Christ.

Reading my journal again reminded me of the idea of “wastefulness” of “backtracking” and how I dislike those things intensely, how I see waste as a shameful thing. Like last time, I will put some thought into that and pray for my family today.

At Hayes River once again. Re-reading all I wrote here last time about shame and disappointing my parents. It seems so far away now. Mom has been dead for 9 years and Dad for 5. I suppose that has something to do with it. But as I reflect from this distance, I think I wanted to make up for the happiness I felt they missed. My brothers, grandfather and other family members and friends were so often a burden to them…I didn’t want to add to that burden by screwing things up too. I saw what they were like when they were mad or hurt – I heard what they said about those who angered or hurt them. I couldn’t stand the thought of “that” being directed at me. Somehow this connects with my resistance to waste: I can’t miss opportunities to please them, but I can’t risk failing at it either.

Read Merton this morning regarding hope:

“when we do not desire the things of this world world for their own sake, we become able to see them as they are.”

Later – I realized that I have been applying a kind of understanding of this for some years now. I try to be conscious of how I talk about other people, and how others talk. I remind myself that the way “john” is talking about “mary” is likely the same way “john” talks about me. I mean,  what makes me so special that “john” would have a completely different set of values, relational tools, opinions and criteria for ME?

Conversely – what I am willing to manifest in speech about the “least of these” comes from the same raw materials that comprise my feelings for those closest to me. I cannot mistreat one part of the body of Christ, without mistreating all of it.

I am a desperately broken man, who is in need of rescue from this “body of death”.