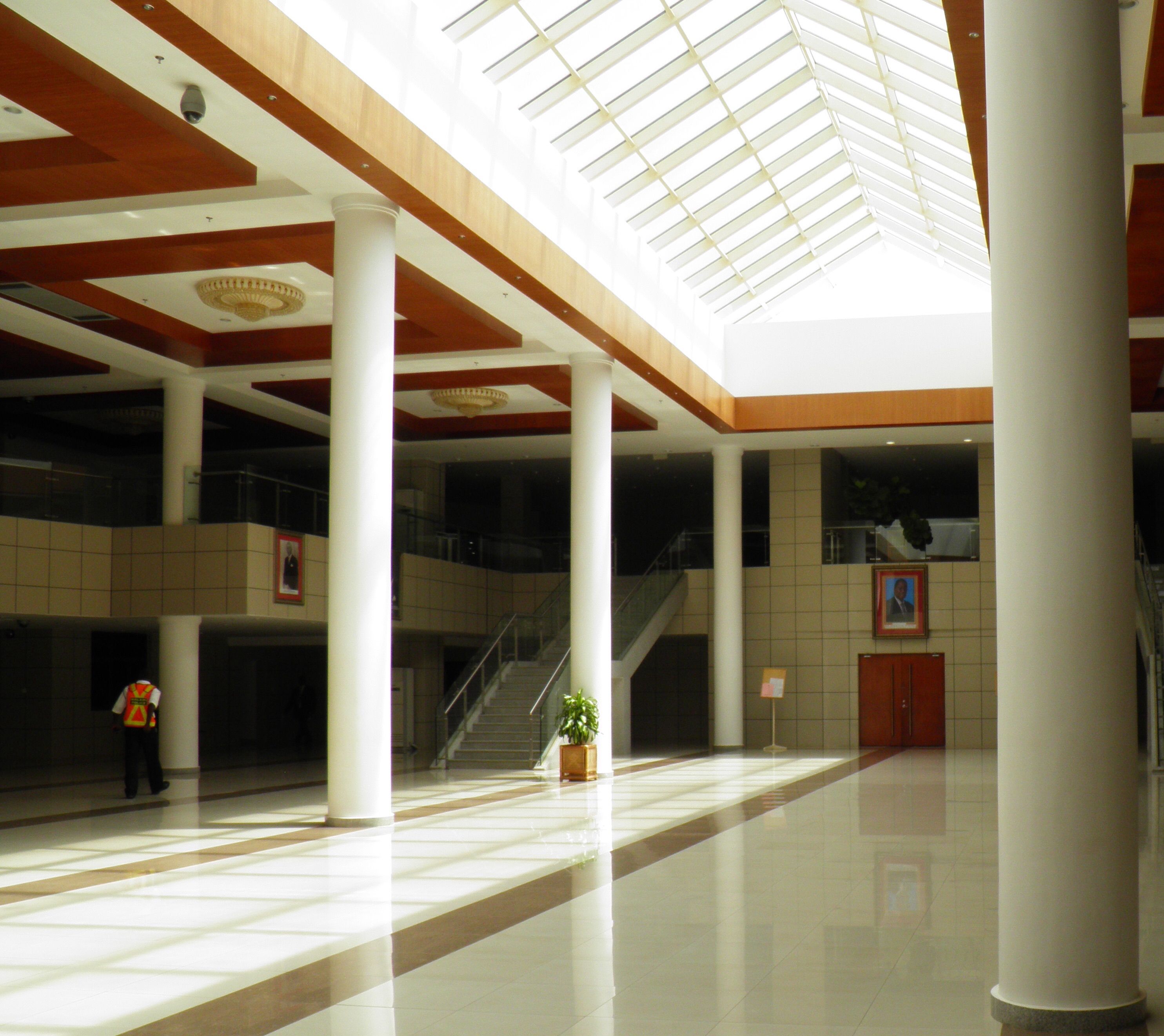 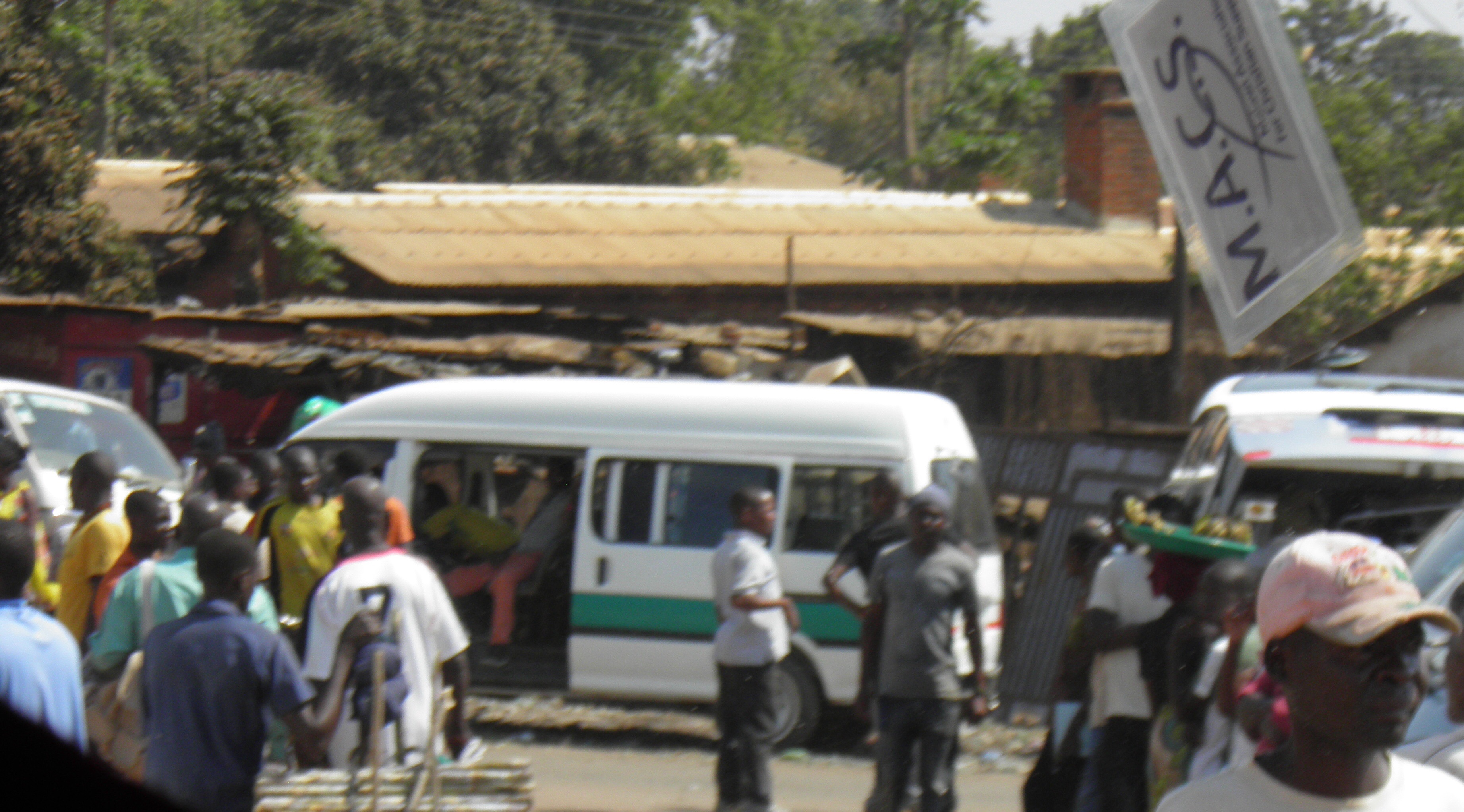 Our Malawian E3 host, Sam Kawale, also happens to be a brand new Member of the Malawian National Assembly: Parliament. He is the rough equivalent of a U.S. Junior Senator.

As such, Sam was in a position to provide a tour of the new Parliament building. It is the architectural jewel in the capital’s crown, opened in 2010.

Sam took us into the back halls and surprised us with a visit to the office of his party’s leader, Dr. Lazarus Chakwera who is also leader of the opposition for the entire Parliament…this would be like meeting with John Bohner in the States. It was a real honor.

We chatted about family and the relationship between western organizations like ours and Malawi. He asked me to close in prayer, and with the knowledge that his wife is an accountant for the Irish Embassy, I asked if I could sing a prayer (having in mind St. Patrick’s Breast Plate) he said “oh yes! Of course!”

He pushed several buttons on his cell phone and folded his hands on his desk in an attitude of prayer. I began singing and heard at least one other voice in the group join with me…it was a sweet moment.

I opened my eyes and Dr. Chakwera said “Amen…amen!” He picked up his phone and touched a few more buttons, saying ” that was lovely…I’m glad I recorded it for my wife..”

I told him that my agent would be I touch shortly.

A few more pictures, a few more sights at Parliament and we were off to the zitinge market in Area 3 to pick up the traditional garments for some of our team members (ladies must wear a dress or zitinge while out in the village: respect for traditional village customs)

The bus turned a few corners and we found ourselves in the press and noise of a crowded and hot market, densely packed with pedestrians. It was a blast of sensory input as we got off the bus (Justin and I still in our suits & ties looking either like Secret Service Agents or Mormon missionaries depending on who you ask). Becky lead us through a narrow labyrinth of huts, shacks and wagons burdened with merchandise like overripe fruit trees – papaya, bananas, hats, shoes, jewelry, wood carvings, strange smelling skewered meat, huge trays of spices and herbs, pirated DVDs, toothpaste and bottles of what I’m pretty sure was Malawian Viagra based on the picture on the front.

It was an intense press of people that we had to literally push through to reach the stretch of market where the fabric merchants had their stalls.

Such beautiful colors…bolt after bolt of vibrant fabrics laid out like psychedelic furrows in a field. The press of people was unceasing…men, women and children, vendors selling fruit, a woman giving haircuts, her client sitting in a broken chair in the gutter, rusty corrugated metal roof, garbage and dirt under foot, an unbelievably old man sitting at a foot treadle sewing machine, hemming fabric for 100 kwacha per seam (that’s about 50 cents)

From the cool, marbled halls of Parliament, pearly white, still, open and pristine, to the intense brilliant press of stifling humanity….it’s all Africa.

It’s all part of the same expression of human endeavor. It’s all broken, and it’s all beautiful.