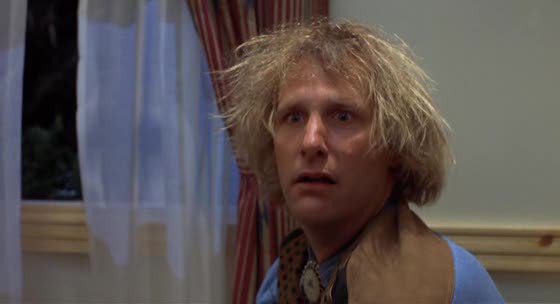 Jeff Daniel’s moment of realization  in “Dumb and Dumber”
Frankly, Monday started off poorly. Something about dinner the night before did not sit well, and the oft-referenced “African Gastric Distress” that many people deal with arrived for me.
Because my mother raised me to be polite, I will not share details here beyond this: it hit during the team’s visit to a relatively “spiffy” African arts store in Lilongwe, that thankfully, had a restroom available. On the downside, after having availed myself of said facilities, and to my further distress (but of a social kind) I discovered that the toilet would not flush.
Wait.
It gets better.
Upon exiting the now uninhabitable water closet with a mind to simply walk past the proprietor with a smile and a nod in the secure knowledge that I will be more than 10,000 miles away in a week, I was confronted by 2, count ’em 2, of my team mates asking where the facility was…because as it turns out…they had just been visited by A.G.D. themselves.
I said, “Uhhhhh…” and nervously looked back at the bathroom door, as if to confirm that no evidence of my unfortunate experience could be detected…
“Uhhhhh…” I repeated, trying to establish an escape route (to where, I do not know) but my cagey colleagues had figured it out.
They no doubt detected my flushed cheeks, increased respiration rate, rapid eye movements and other subtle indicators of social discomfort. And if that weren’t enough, I blurted out:” Oh  no…I’m so sorry, but I just destroyed that bathroom…”
Monday also saw tours of the African Bible College Campus, and other trips around Lilongwe. My condition did not improve so I stayed close to home.
Tuesday was a 90 minute drive out to Lake Malawi, and a day at Sunbird resort. Hanging by the pool, getting my feet burned in the sand, and feeling a bit better. When you get to the shore of Lake Malawi, you discover that it’s actually a tropical paradise…beautiful! I never felt fully recovered, and actually started feeling worse on the way home.
A stop at a roadside craft market on the way, and we called it a day.
If on Wednesday we had not been scheduled to visit one of the sites for which I decided to come on this trip in the first place, I would have stayed in bed…but I simply could not miss visiting “Never Ending Food”.
www.neverendingfood.org
The founder was out of the city for a couple of days, but two of his passionate and informed interns gave us a tour. I left inspired and more convinced than ever that the principles of Permaculture can not only transform impoverished Africa, it can transform the industrialized West as well….but that’s a more involved post.
I was dropped off back at the house and I climbed into bed for a long afternoon and night of cramps, frequent trips to the bathroom and general unpleasantness. The rest of the team engaged in some more shopping and activities around Lilongwe.
My symptoms were generalized and persistent enought that Becky suggested I give myself a Malaria test, just to be sure.
Yes, it hurt.
Yes, I had to stick myself twice.
No, I did not have Malaria.
Becky suggested I start an antibiotic which I did.
The generalized malaise and light headed-ness that accompanies illness like this makes it hard to remember details, but starting on Tuesday, I lost track of time a little bit, and began missing praying the Offices.
I discovered in a new way that without the structure of The Offices, my spirit begins to wither after a while. It sort of slows like a car running out of gas…you push on the accelerator, but what you get is a reduction in speed. Soon, you realize you’re going to come to a complete stop, and all you can do is simply choose where that will be.
There was a moment of exquisite isolation as I lay nauseated, sweating in a hot room, no one else in the house, 10,000 miles from home, not knowing what illness had grabbed me, and having not thought of or talked to God in days. My spirit rolled to a stop in the middle of a little town called “Lonely”.