“How much we do or do not know is unimportant but only that we keep the faith, and obey God.” – St. Anthony of Egypt

This is a dangerous idea.

Over the last 2000 years, there have been seasons when it seems that Christendom as a whole has LEAPED from the wire to the right. By this I mean, a plugging of the ears, closed minded and mean religion that eschews knowledge all together. A harsh conservatism that cares for nothing but status-quo, consolidation of power and stability. Acquiring knowledge is generally contraindicated if this is one’s world view.

If we need evidence that this erroneous thinking still exists in today’s church, one need look no further than the bumper sticker which reads “God said it, I believe it, that settles it.” Wow. Helpful.

But any village atheist with and internet connection can create a list a mile long of all the pain caused by people who walked this out in the name of Jesus. This is not news. The shock factor wore off about 200 years ago…moving on…

While there are many other examples of corrections, a large, easy to see one began in Europe about 500 years ago when “Thinkers” – seekers of knowledge – got us back on the wire with the Protestant movement. That is not to say I believe that traditional Protestantism is the only legitimate expression of Christianity, just to say that the movement is an example of a large scale correction.

I do not think it coincidence that “The Reformation” roughly comes along with the Age of Enlightenment when knowledge of ALL sorts (scientific, technical, historical, artistic and philosophical) begins to transform the human experience in the West.

It was the end of the “dark ages” after all.

Yet as I read Anthony’s words and process my own experiences and those of people I know well, love and trust, I am wondering if we are not now sailing with equal abandon right off the LEFT side of the wire.

Cold Rationalism, skepticism as a world view, hyper-individualism, the power of victim hood, all share the family likeness of their Daddy: Knowledge without Wonder.

Christian, what this might mean to you is that you are occasionally going to look exactly like the caricature which your opposition has drawn of you. If you are truly going to live a life centered on the power of a God who is, at His very center, all-together-other, without physical substance, ineffable and never fully comprehensible…you’re going to have to endure the accusation of being delusional and superstitious.

It’s that simple…It’s not right, but it’s going to happen. The only way to avoid those accusations is to throw the Holiness and ultimate mystery of God under the bus to save face.

If you insist on wearing un-hip clothing to a 7th grade dance, the popular kids are going to make fun of you. Get used to it. But never forget – that doesn’t MAKE you un-cool. 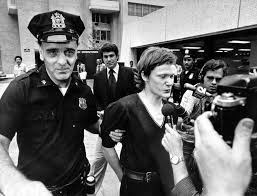 You will be accused of intellectual dishonesty (please don’t give cause for your critics to be right!…I’m looking at YOU Starbucks protesters!) of being delusional, weak-minded, superstitious, lazy, frightened, believing in the “God of the Gaps” and any number of other intellectual party fowls. And if you hold true to what the Bile reveals about God – you will…SOMETIMES…look exactly like those things are true.

Don’t give up your commitment to living in Wonder of God just because you’re getting pushed around in the hallways. And at the same time, make sure you’re not ACTUALLY guilty of what your being accused of…

…please. It makes my job so much more difficult.

4 thoughts on “Walking the Tight Rope”