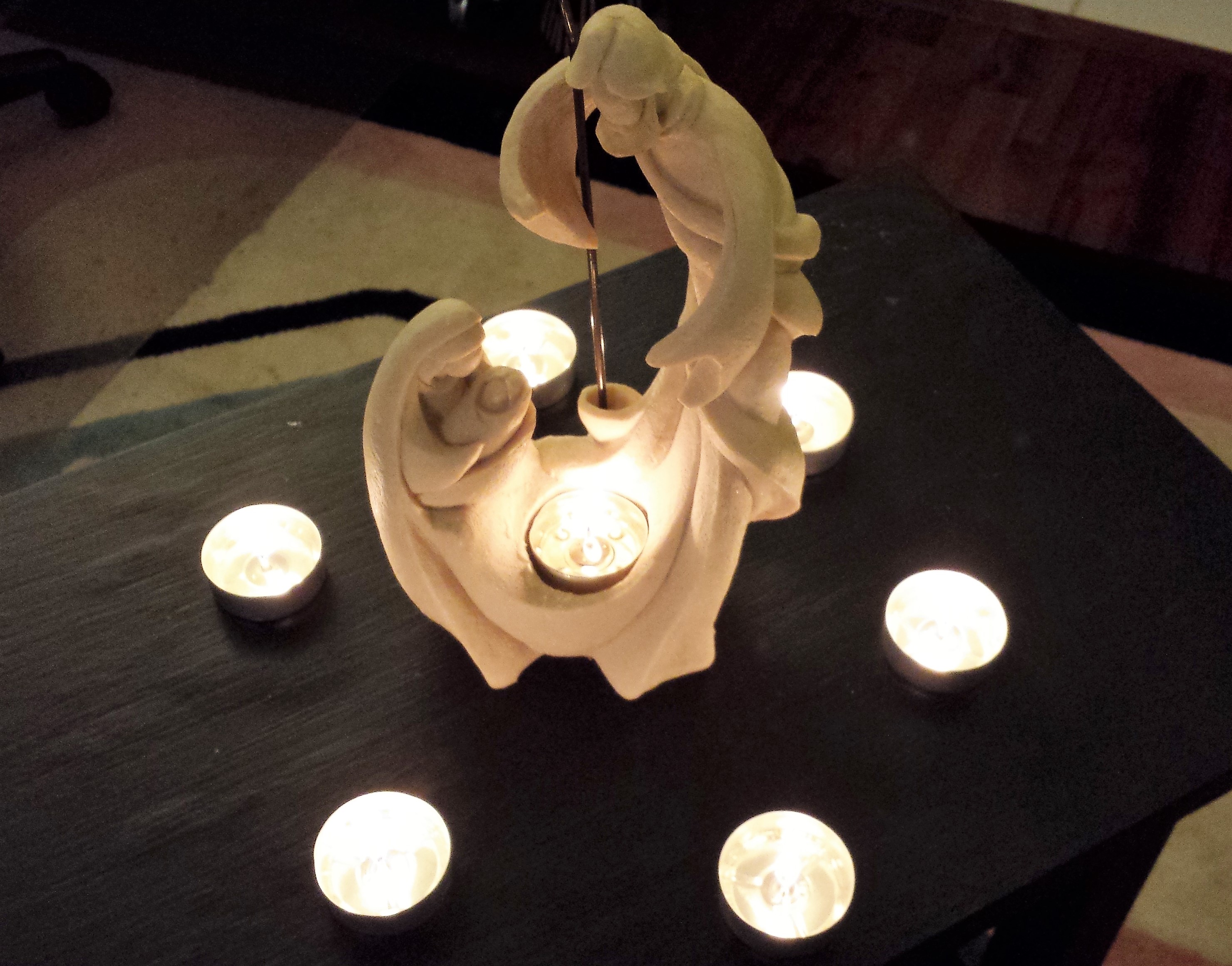 Our Northumbria Community Group gathered last night to observe Advent. Compared to Advent events historically speaking – this was pretty informal. We shared a meal as usual and then took some time to (as slowly as we were able!) pray through a brief liturgy cobbled together from the Celtic Daily Prayer Volume I and the Gospel of Luke chapter 2, from where we derive the Nativity story.

Interspersed in the liturgy were pauses for us to reflect and jot down thoughts on red and green paper which we could take with us into the last half of Advent (having begun on November 16). These Advent prayers and reflections could be placed in the boughs of a Christmas tree, hung on the fridge, used as a book mark – whatever would remind us of these thoughts over the next 21 days or so.

A Summary line from the liturgy reads,

“God of the watching ones, the waiting ones, the slow and suffering ones, give us your benediction, your good word for our souls, that we might rest.”

I find these words so rich with meaning this morning as I contemplate them again. There is so much here that I would not attempt to write about all of it in this venue. But one thought I would venture to explore is the condition of the people: Watching, waiting, slow, suffering and in need of rest.

Advent always has the quality of anticipating delight for me. It is a quiet tension; a holding of the breath in the dim, warm light. Ears attuned for the cry of  the baby. But some years, the desperate need for the Incarnation is starkly evident too. This is one of those years: Watching, Waiting, Slow, Suffering and in need of rest.

Two black men steal the cell phone of another black man with Cerebral Palsy, then record themselves beating him senseless and post the video to his Facebook page.

Under emergency powers, 3 Mosques are closed without due process because it is determined the teachings offered there are “radical”.

And in the US…

Of course I could go on…but to what end?

The point is – from outside this broken world of hypocrisy, self-interest, hatred and bigotry a solution must come. Has anyone ever really tried “pulling themselves up by their own boot straps”? Go ahead. Try it. It’s a saying for a reason: IT’S IMPOSSIBLE TO DO!

Every so called solution deployed by even sane, honest and well-intentioned people (of whom there are scant few anymore) no matter how well thought out, no matter how balanced, rational and politically sensitive, is finally doomed because it’s origins are in the root problem: Fallen Humanity. The boot straps are connected to the boots, and the boots are on our feet, and so pull on them all you want…there has to be something other than “self” to hold on to.

Let us recognize in Advent, the arrival of the only possible solution to all of it. Let us celebrate, even in the midst of what might be death-throws, the coming hope which was first seen in The Child.