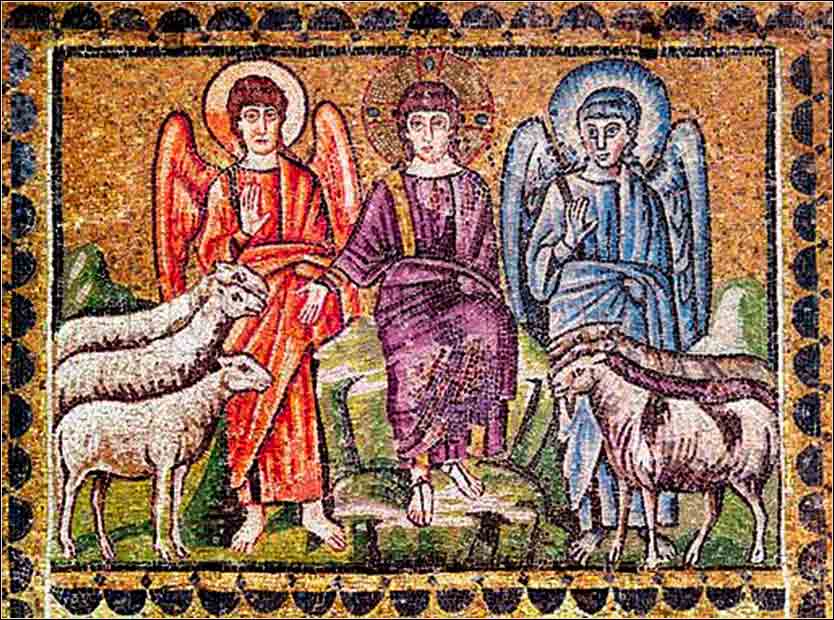 Matthew 25:31–33: “But when the Son of Man comes in his glory, and all the holy angels with him, then he will sit on the throne of his glory. Before him all the nations will be gathered, and he will separate them one from another, as a shepherd separates the sheep from the goats.

My Reformed theology friends would perhaps argue with me (which is fine..go ahead) but I wonder if we realize that the sheep and the goats are not surprised to discover that they are in fact a sheep or a goat on Judgment Day.

It seems clear that both groups had been engaging in their particular behaviors for some time, and were highly conscious of it. It’s not like the Sorting Hat scene in Harry Potter, where the subject sits wondering, completely unaware of their category…the sheep KNOW they are sheep; the goats KNOW they are goats and both groups had been living consistently with their identities.

It doesn’t read like that at first glance, though. Both groups are surprised at the outcome. They are surprised to discover that what they DID mattered. (vv 37, 44). Their relative sheep-like or goat-like behaviors are what made the difference. Does this mean that those of us who are living under Jesus Lordship should just keep our fingers crossed and hope we did the right things? Was that the point of the parable? Even the sheep didn’t know they were serving the Lord when they served the poor after all.

Clearly not! The parable was given to us so that we WOULD know! There are two layers of “fiction” here, one is the explicit fiction of all parables (it is a made -up set of circumstances to illustrate a reality that is otherwise hard to grasp) the other is implicit: the sheep had NO IDEA they were doing the right thing. This was a fictional circumstance built in as mechanism to reveal that very same knowledge to the ignorant listeners. In other words, by the end of the parable, the sheep who did not know, now know.

So one could legitimately mark a crossroads in one’s life based on the hearing of this parable. It forces us to go one direction or the other. You either hear and accept it, choosing to be a sheep or you choose goat. Lest we become too worried about the times we fail to to give a cold cup of water, or clothe the naked, make no mistake: “sheepness” or “goatness” is not first about succeeding,  it is about what one’s goal, one’s motive, one’s target, the object of one’s efforts. It is either Jesus, or it is anything else.

At the dawn of the 21st century the Church is under intense cultural pressure to abandon the exclusivity of Jesus Christ as God, King of the Universe and sole source of human salvation as shown in this parable. There are certainly sharp, narrow direct assaults upon this doctrine from the likes of the “Jesus Seminar”, Marcus Borg,  and others. But these are discreet, clearly defined arguments which can be discreetly countered. These assaults are like water cannon fired directly as Jesus’ claim to be the “only way to the Father” (John 14). But in my estimation, the more troubling assaults are like a rising tide, slowly enveloping the  exclusivity doctrine. Where do you push back against that? You can shield yourself from a water cannon, you can cut-off it’s water supply, you can move out of it’s path. But how does one defend against a slowly rising sea.

This sea is subjectivity – and yesterday, I sensed it rising over my hips.

In a world which increasingly accepts the idea that there is no such thing as objective truth, the parable of the sheep and the goats is functioning perfectly. Either it’s Jesus and nothing else, some OTHER exclusive answer (See Islam) and nothing else, or…

They are equally invalid.

Journalist: You can’t be dead and still here. You can’t not exist. Is there life after death?

Nemo: [hearty laugh] “After death.” How can you be so sure you even exist?