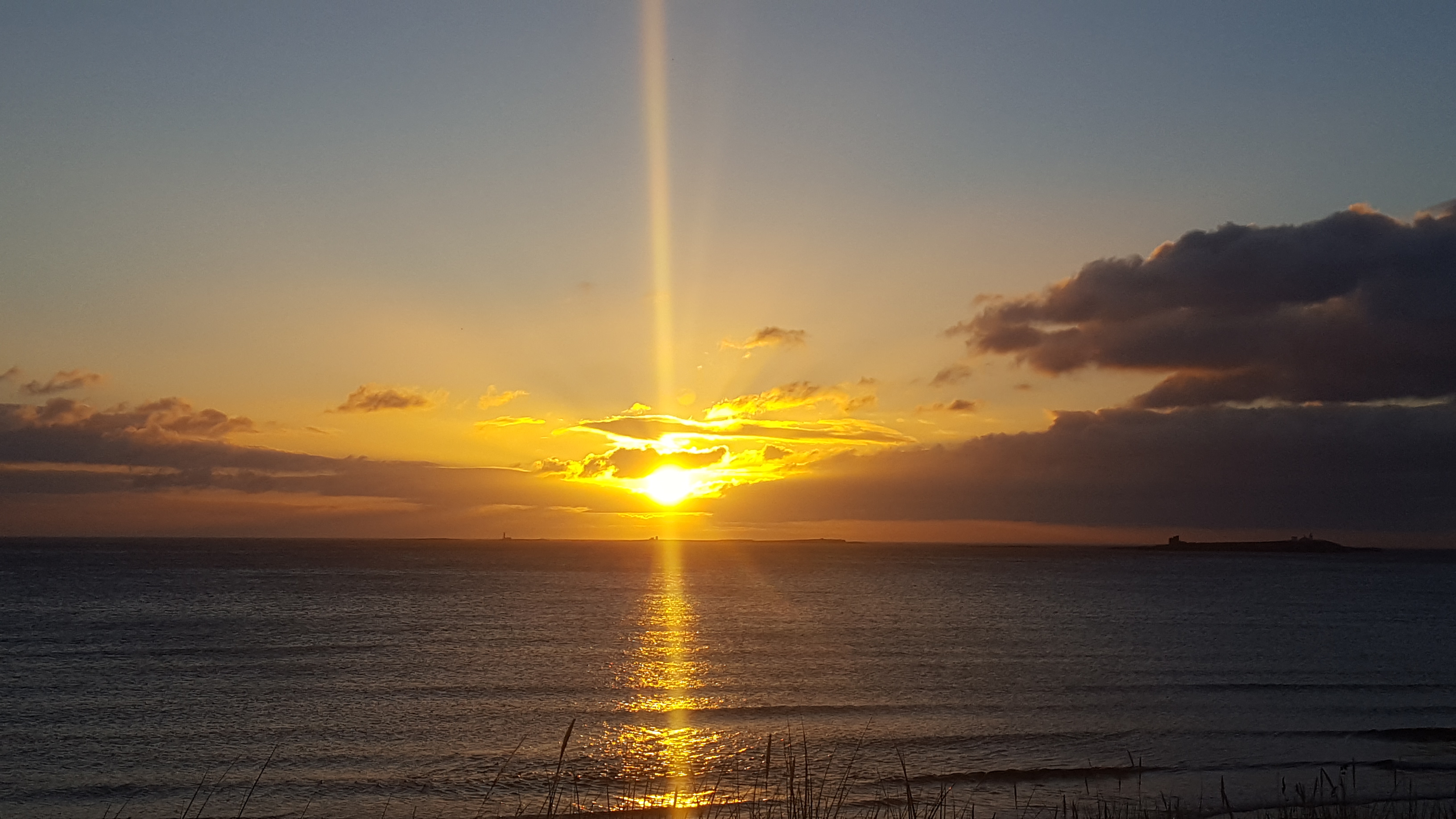 Adams moves his narrative along to The Venerable Bede.  Bede, a Northumbrian monk, is credited by all historians I know of, with recording the best and earliest history of the English people and their church. Nearly everything we know of saints like Aidan, Cuthbert, Hild, and others is owed to Bede’s best known work, “Ecclesiastical History of the English People”, completed in about 731AD. 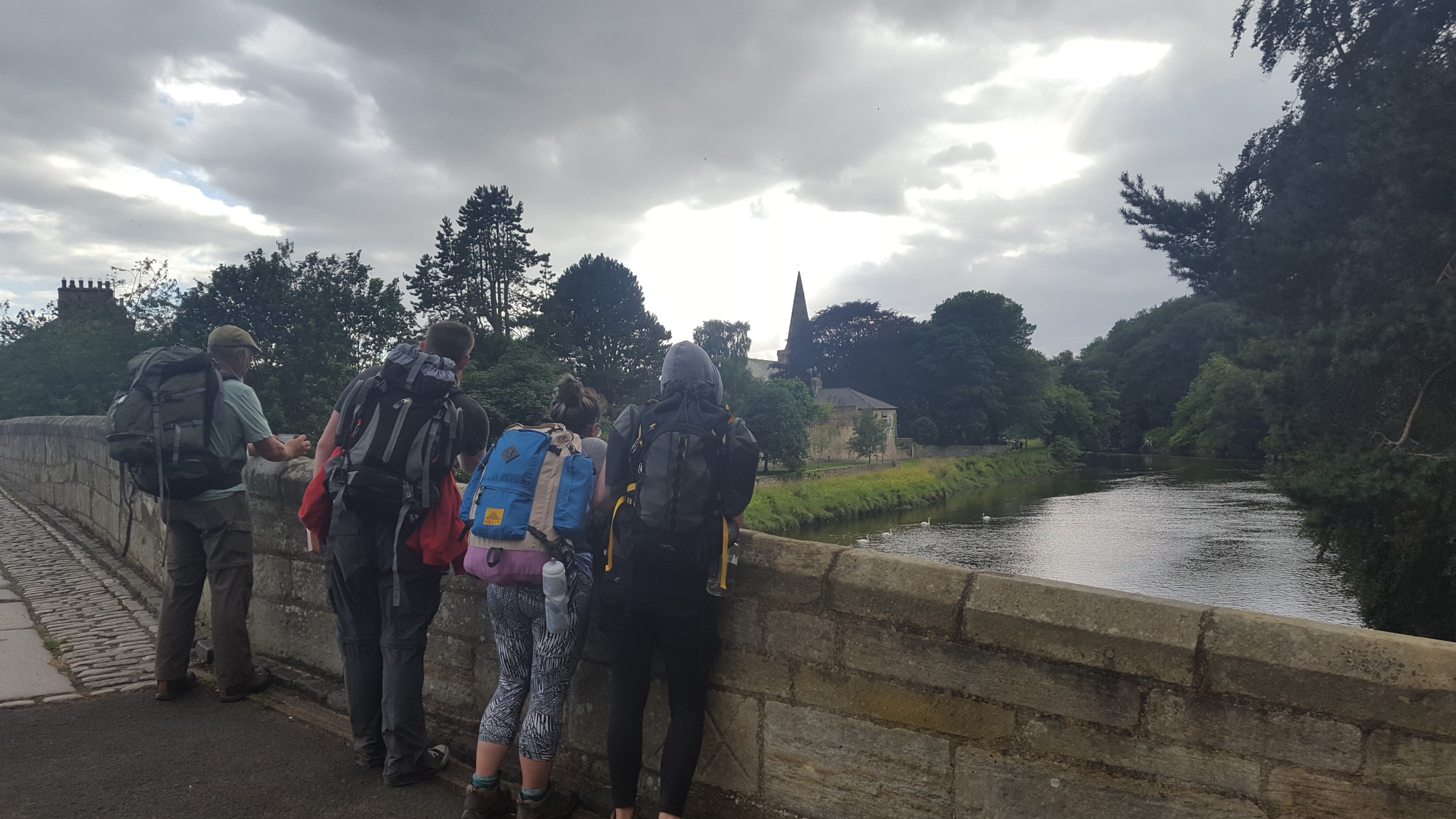 Bede entered the cloistered life early and most of it was spent in study, writing and prayer at the monastery in Jarrow.  it is believed that, as young boy when the Plague had swept through Europe and wiped out most his brothers, only Bede and the Abbot were left well enough to maintain the daily offices and other duties for a time…and they did not fail.

He was diligent, ordered, persistent and disciplined.

I hate this guy. 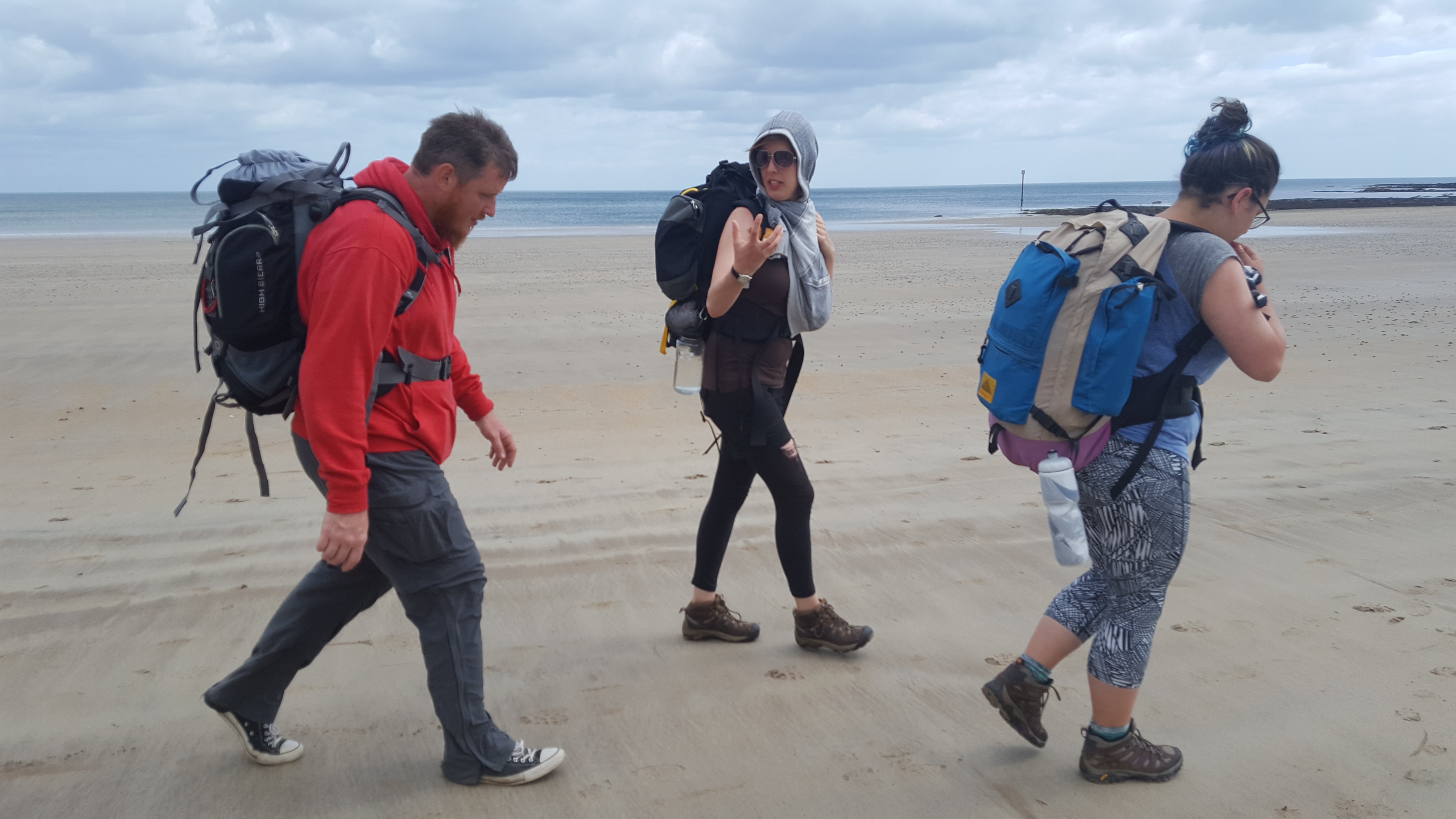 As we walked the same paths that Bede walked, I struggled with discipline…like I always do.

I have learned over my hiking career that the discipline of stopping to rest every hour for just 5 minutes, taking a drink of water, getting off my feet and maybe a quick snack,  can make all the difference in the world in maintaining stamina and avoiding injuries. Other disciplines include changing socks once a day and immediately stopping to attend to any “hot spots” one feels on the feet BEFORE they become blisters. 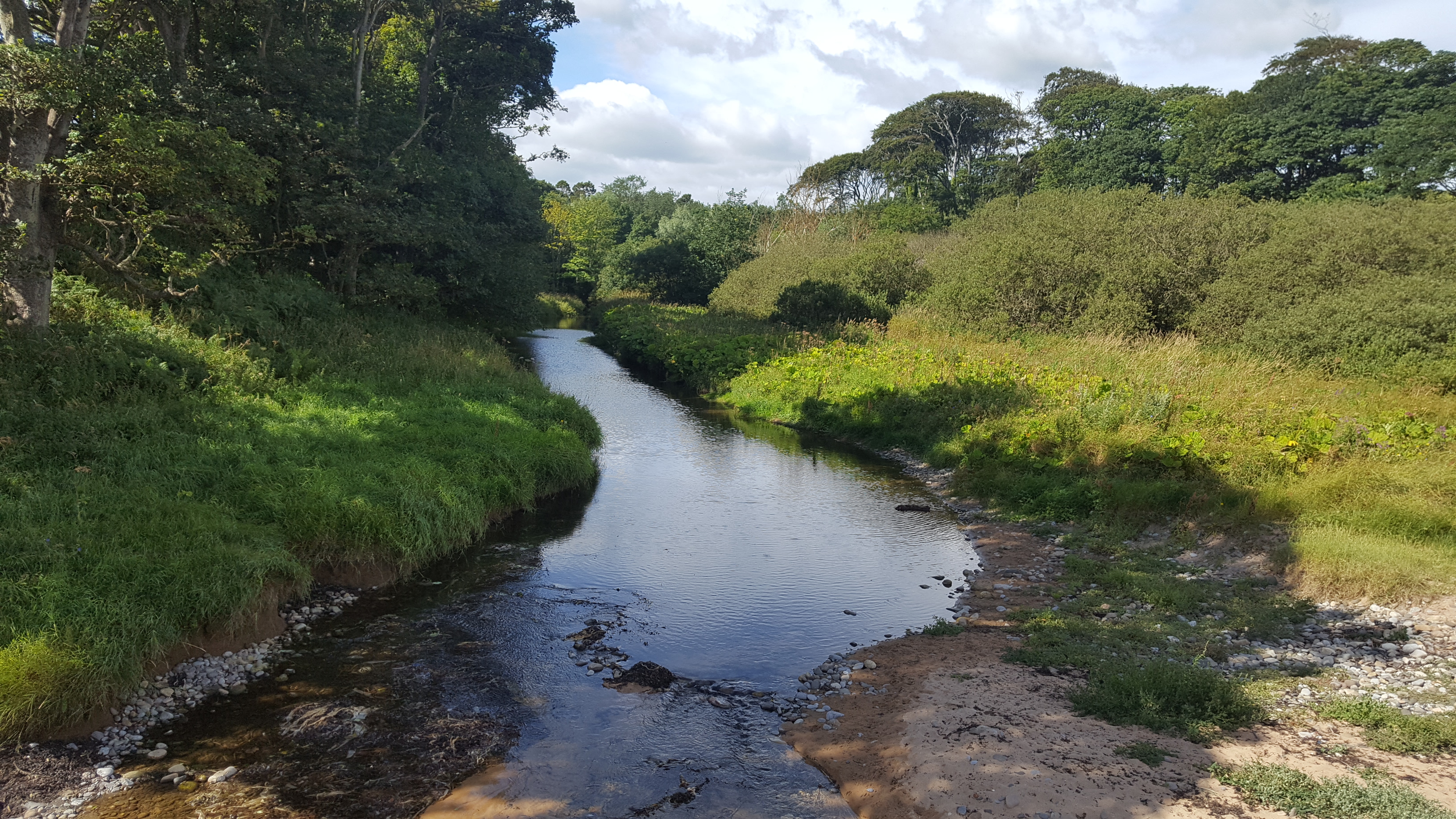 I have experienced the blessing of following these disciplines, and also the pain of ignoring them. So why would I ever..EVER ignore them?

How can I walk the same paths as the Most Venerable (and disciplined) Bede, soaking up the same atmosphere, breathing the same air, drinking the same water…and still be so undisciplined? It is a struggle to take breaks when I know I should, to say the offices, to drink as much water as I need, to walk slower then I want…on and on the list continues of things that I know I should do, that in many cases I WANT to do. 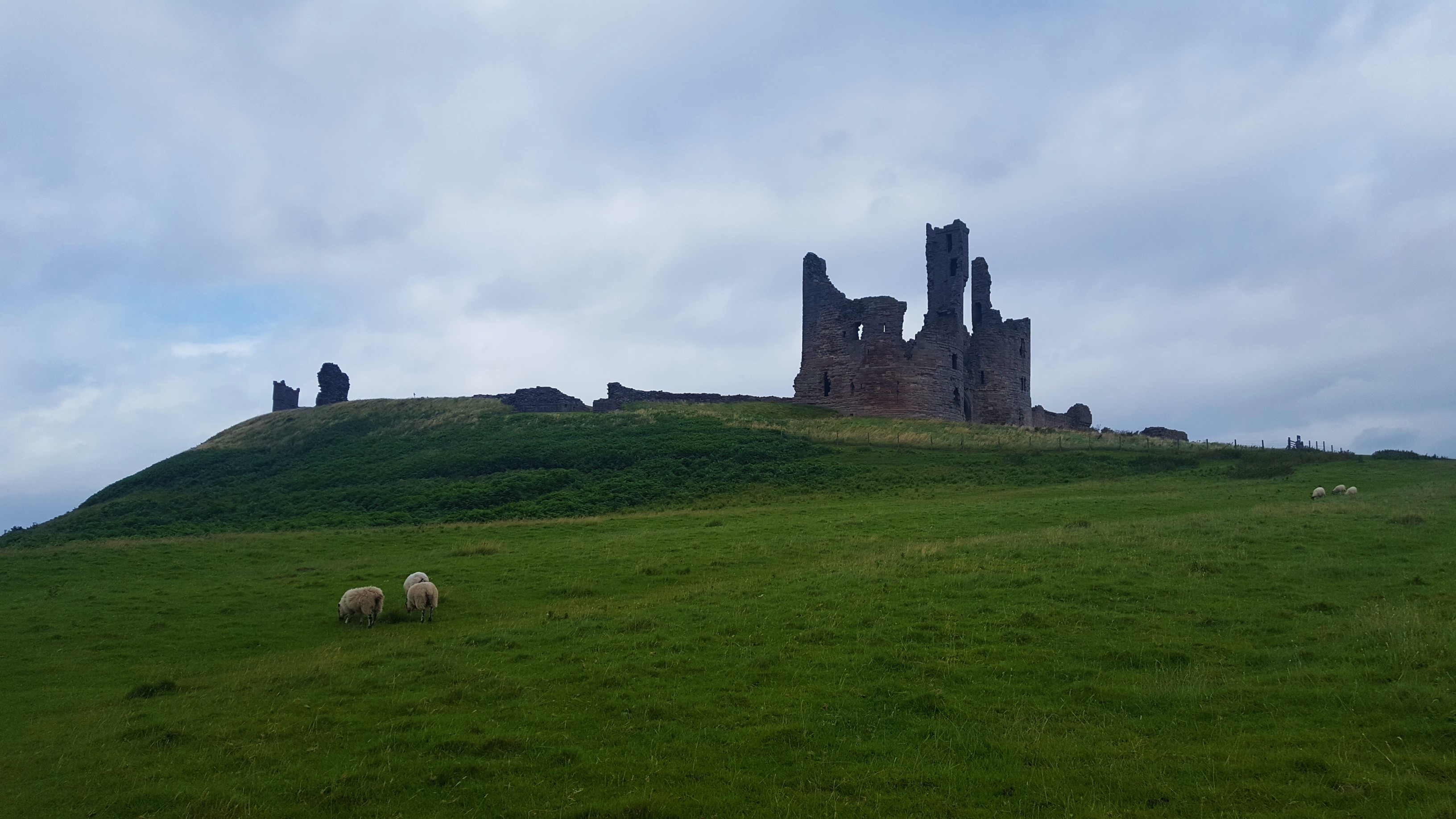 If you want your dream to be, take your time, go slowly. Do few things but do them well. Simple Joys are Holy. -Donovan 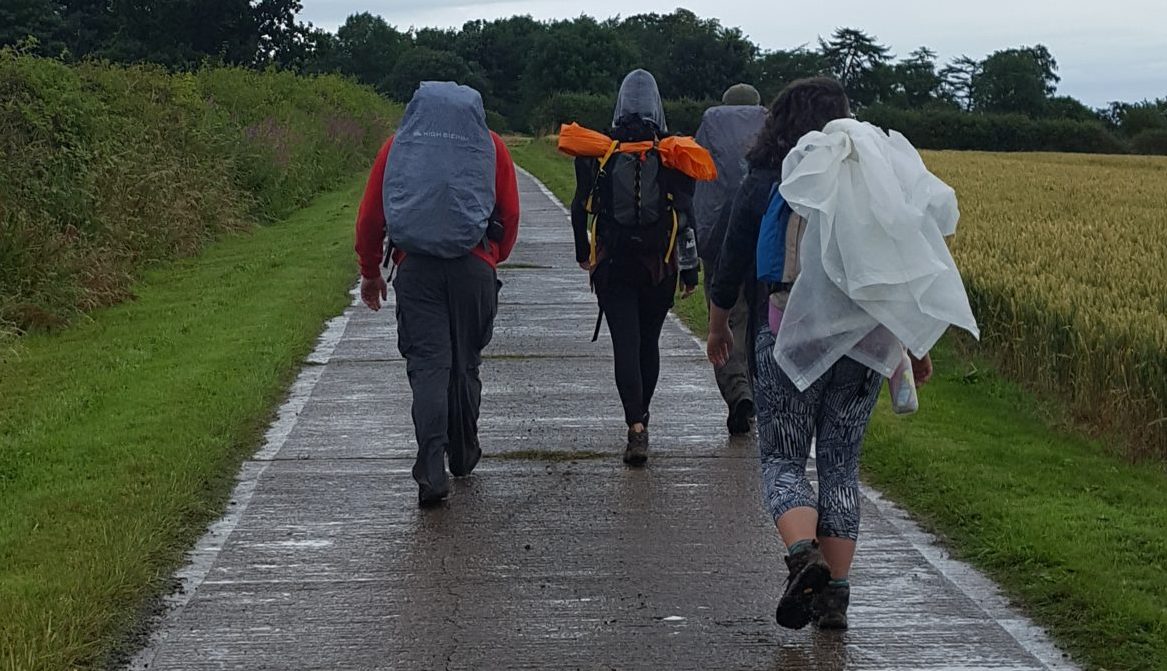