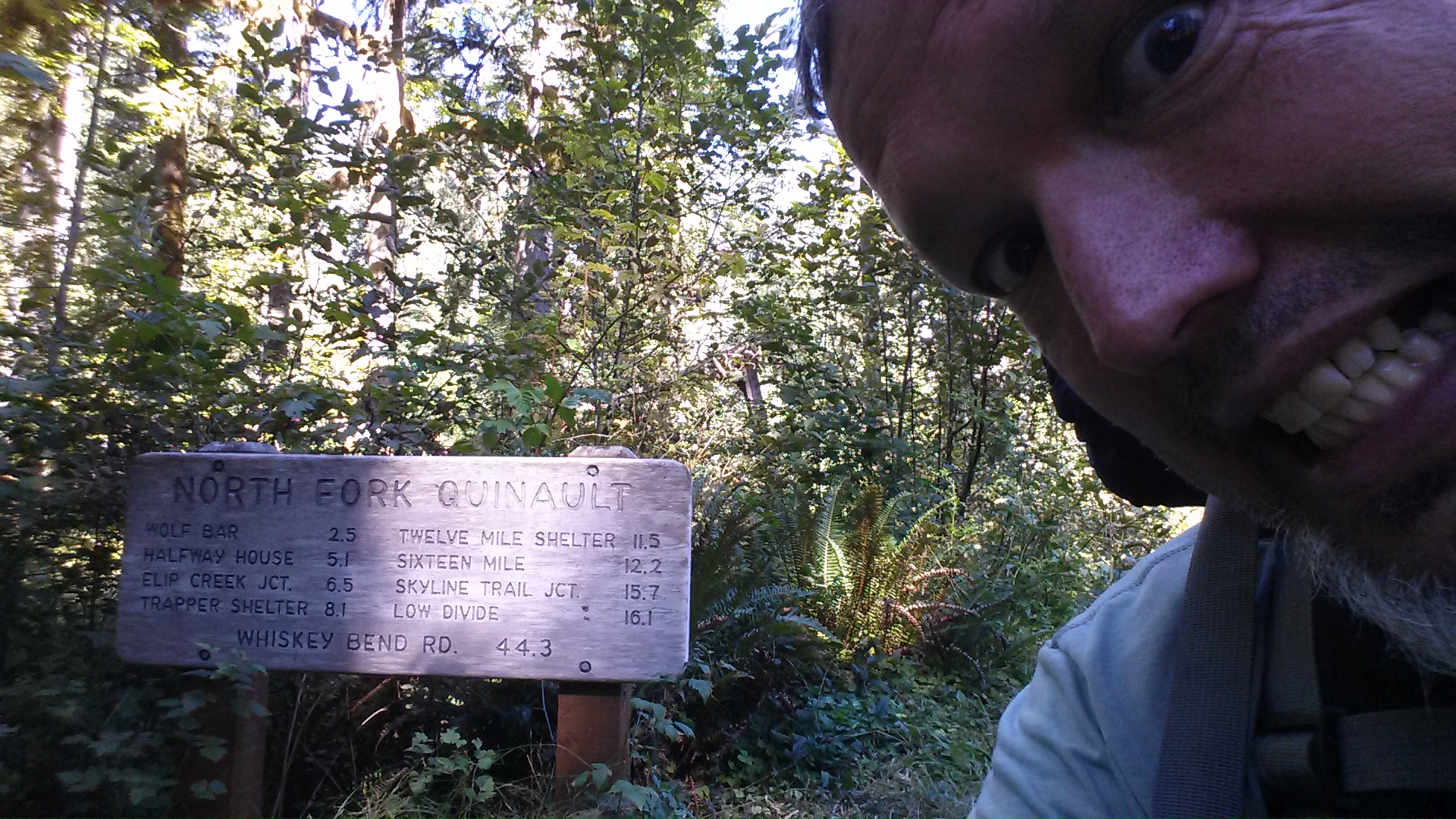 The trip wasn’t quite over when I walked into the trail-head parking lot. I had several hours to kill before Brenda was scheduled to arrive and take me home. I took a quick dip in the river to wash 6 days of trail off me, finished “The Book of the Dun Cow” and languished around the fork in the road where Brenda and I were to meet.

After a few hours, I decided to hike another 4 miles to the end of the road…why sit here and wait, making Brenda drive 4 miles that I could walk?

I chatted briefly with Luke, a park ranger, when he stopped to check on me as I hoofed-it down the road. After describing an animal I had seen on Day 2 , he confirmed that it was likely a “Fisher” – a rare sighting – and that I was lucky to have seen one. They had only been re-introduced in the Olympics back in 2008…

Luke drove off, and I put my head down and went back to hoofing it. Somehow, because I was on a gravel road, I had unconsciously decided there was nothing left to see, no reason to keep my cadence; I was just commuting now.

No Fishers to sight.

I was killing time.

Letting it run down the drain so I could get to a DIFFERENT point in time….a time of my choosing. A time when I would become conscious again, when I would perhaps choose to relinquish the moment to God – because – well, it would suit me.

I’m still not ashamed by by this reality. It does not make me happy or proud, by any means. I believe it to be sin, and I want to be free of it,  and forgiven for it. But God has made it clear that the things He is showing me right now are simply the things that are “next”.

I considered myself to be a very blessed man who, at 50 years old, could walk in solitude down a long, winding road, looking forward to seeing a beautiful woman, the love of his life, eating REAL food, sleeping in a warm bed, and hoping for whatever is coming “next”.